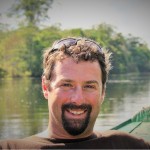 Gregor Welpton is a marine industry veteran who brings a wealth of experience to the composites industry. Gregor originally studied Energy Systems back in the 80’s.Later in that decade he followed a dream to pursue traditional wooden boat building out in Port Townsend and then up in Homer Alaska. He founded Black Feather Boats up in Homer in 1989, and later moved his company down to the state capitol of Juneau. In Juneau Gregor ran the Marine Technology program for UAS, and later set up the first shop in Alaska actively using Vacuum Infusion Process. With a formal training in Yacht Design from the Landing School in Maine, he is at home working out complex design issues in 3D and drawing up shop plans, and he is in his element on the shop floor working with technicians, teaching new processes and manufacturing prototypes. He has worked in design studios in Italy, for a Naval Architect here in Alaska, at shipyards in Hawaii and Maine, and supervising production in China. Gregor’s passion is anchored in the understanding of traditional building practices and applying cutting edge technology to the tried and true basics…When not lost in his work he usually can be found pursuing any number of the hobbies he so enjoys, including archery, sailing, diving, surfing, wood carving, hiking, nordic skiing and snowboarding.